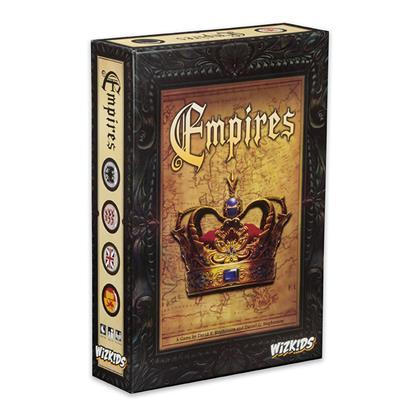 Set in the 18th century, players are powerful nations like Russia, Great Britain, Spain, France, et al, competing to expand their empires by gaining the most support. Support is won by supplying your people with goods; goods are produced when your people work in your territories. You can gain people, territories, goods, and supporters by winning wars. To win wars, you must pay gold to raise armies. Gold can be earned by winning wars and by selling goods. All turns are taken simultaneously, and there are no restrictions on trading. At any point in the game, you may trade anything: people, territories, goods, supporters, gold, player powers, and more.