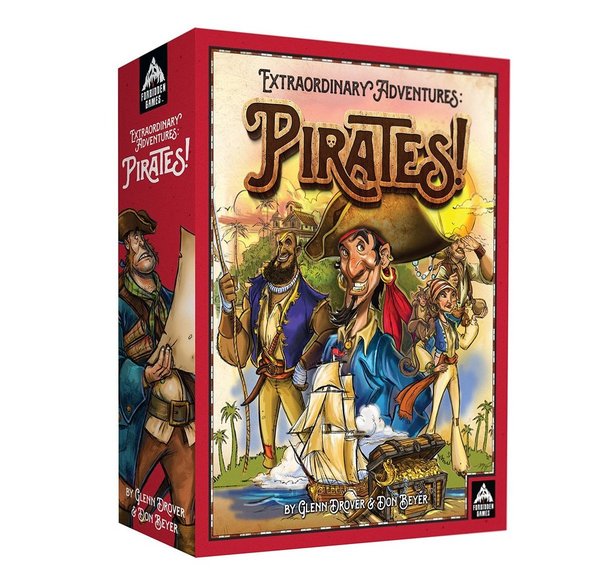 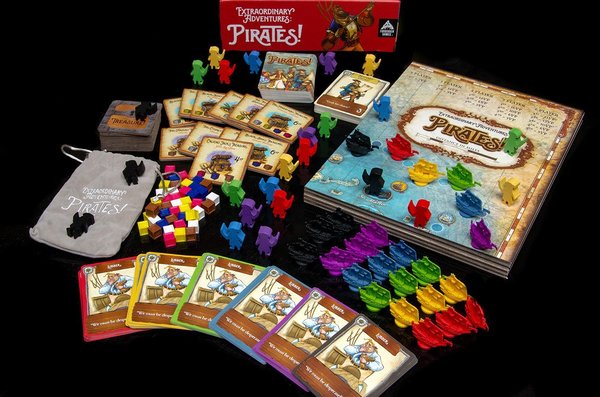 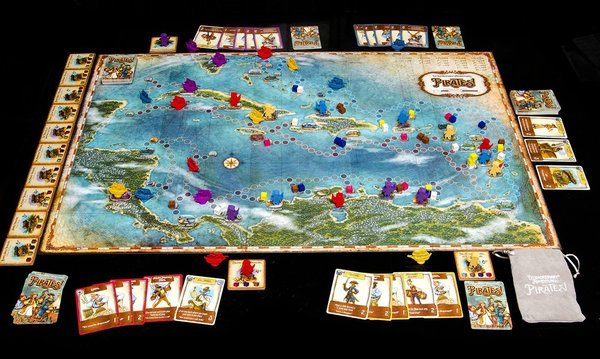 While playing Extraordinary Adventures: Pirates!, you become a pirate captain, sailing three ships through the Caribbean in search of rich merchants to plunder and friendly ports in which to trade your cargoes for riches.

You have one ship on each of the three ‘tracks’: pathways through the Caribbean Sea. Plunder rich merchants and sell your cargoes in the towns along the way. Build your pirate crew (deck) to sail faster.

The first pirate captain to reach the Treasure Galleon at the end of any track, ends the game. Score based on how you finished on each track, as well as for the treasures earned by selling your plundered cargoes.

The richest captain will go down in history as the Pirate King!

The premium edition includes highly detailed miniatures of ships and loot and will be available for a limited time.